On 4th and 5th December 2019, EGVIA, ERTRAC and the European Commission organised the 3rd European Conference on Results from Road Transport Research in H2020 projects. With more than 400 registered participants, this year’s conference has been a real success, testifying the growing interest of the road transport community in getting information on achievements from EU-funded projects. 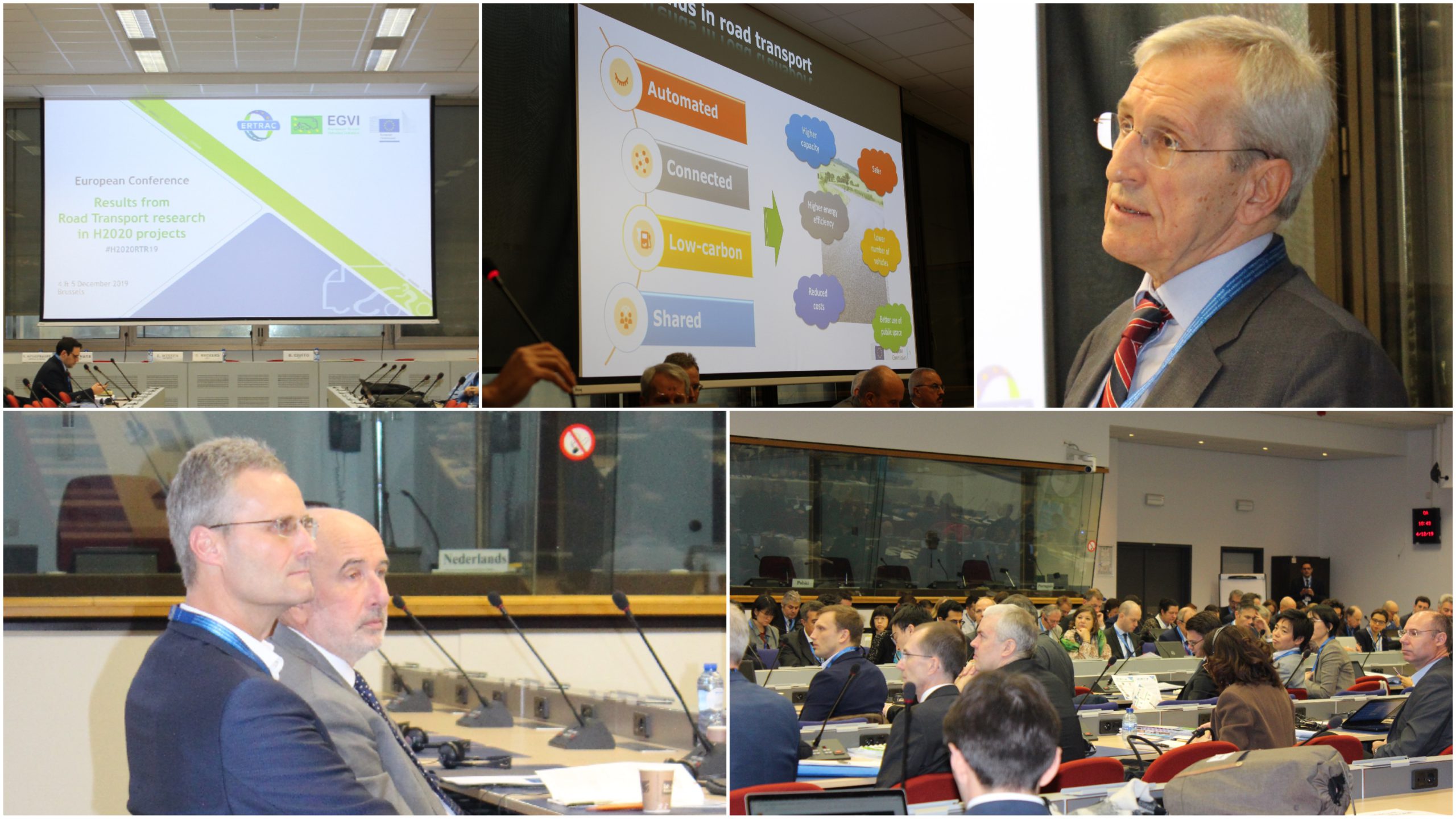 The 15 parallel sessions gave the opportunity to participants to get a glimpse of the latest achievements of EU-funded projects in the area and to exchange views on further research needs to meet the overall road transport objectives.

This year, the Green Vehicles projects had an important share of the conference agenda, and electrification of the vehicles has been one of the main highlights of the two days conference.

Three projects on electric and electrified powertrains all delivered promising demonstrators. The challenge for these projects is to manage to reach vehicle manufacturers to move to the next steps, even though exploitation during the project lifetime is seen as an essential activity to achieve the expected impacts. Light urban electric vehicles have great potential for the future of mobility in urban areas contributing to solving problems of traffic congestion and pollution in cities. The projects dealing with electric vehicle integration into the grid underlined the relevance but also the complexity of creating a user-friendly and seamless system for using and recharging of electric vehicles. In this regard, the interoperability of services is a key requirement.

On batteries themselves, projects presented this year covered chemistry on Lithium-Sulfur (Li-S), cell design and manufacturing, and battery integration in plug-in cars and buses. Although research on Li-S batteries was very challenging, several bottlenecks were overcome, numerous patent applications were filled-in, and projects have developed promising demonstrators. Battery packs include a sophisticated thermal management system, on which projects have developed patents – for instance, on cooling systems for plug-ins. The increasing energy density of packs has high potential: projects aim at increasing performance by at least 20% compared to the current reference vehicle on the market while keeping the focus on eco-design.

Projects developing and testing components affecting comfort and safety inside the cabin of an electric vehicle also presented their preliminary results: up to 60% of energy-saving during the test phase of the prototype has been achieved! These projects are also building a model for user comfort perception.

Three projects dealing with modelling and selected under the same topic have developed synergies and established a common database for components, standardisation models are openly accessible.

Regarding lightweighting, good results were presented by two finished projects – the market uptake of the technology could be even faster than initially foreseen in the call text, with some innovations already being used and others likely to be exploited at large-scale within 2-3 years.

Projects on ultra-low emissions combustion engines have demonstrated improvements in the order of 15% in fuel efficiency, thanks also to the integration with low-cost mild hybridization. However, the expected improvements have not been achieved by the lean-burn engines which were developed. On heavy-duty vehicles, 3 projects focusing on efficiency gains and CO2 reduction showed a possible CO2 decrease of over 20%.

The three sub-23nm particles projects highlighted some important results. Natural gas engines, for instance, have been found to exceed the current limit if measured down to 2.5nm. Alternative fuels like ethanol and RME were found to reduce PN in current legislation but to increase the smallest particles. Portable measurement systems developed by these projects are definitely ready for implementation. This is a message to policymakers that EURO 7 legislation at these smaller sizes is feasible.

Connected and Automated Driving: from potential to practice

The connected and automated driving features have obviously been another important part of the programme. In this area, the support of large-scale pilots is essential. It is only thanks to testing in real-world conditions, also in cities, and with the involvement of real users, that we will be able to increase the acceptance in society and gain consumers’ trust. The real challenge will lie in the transition phase. Projects confirm that we have now overcome the hype of automated vehicles and that realism is settling in. We see a shift from potential and promises to practice. Connected and automated driving features in the vehicles are also expected to bring a key contribution to the achievement of the “Vision 0” fatalities on European roads. Three projects presented their advancements in this area, particularly targeting driver behaviour and benefits from an improved Human Machine Interface (HMI).

Physical and Digital infrastructure: a key to CAD but also to new services in the logistics sector

Physical and digital infrastructure is a must for the deployment of automated driving and C-ITS. The successful deployment of CAD will require the cooperation of all stakeholders. For instance, cross-border transport is still an issue, even for conventional transport. Internal market issues need to be addressed from a legal, administrative, and communication point of view.
To reap the benefit of digitalisation in the freight and logistics sector, various platforms and information systems have sprung up in Europe and around the world, but with different user requirements, different business models and different deployment approaches, thus creating important fragmentation in the sector. The 3 projects presented during the conference showed how the European Commission and industry are developing common communication and navigation platforms to speed up the formation of a single logistics information space in Europe. And going even beyond – to pave the way for the Physical Internet. The first user cases showed that the platforms for pan-European logistics applications have the potential to deliver an increase in efficiency and reduction of CO2 emissions between 15% and 30%. 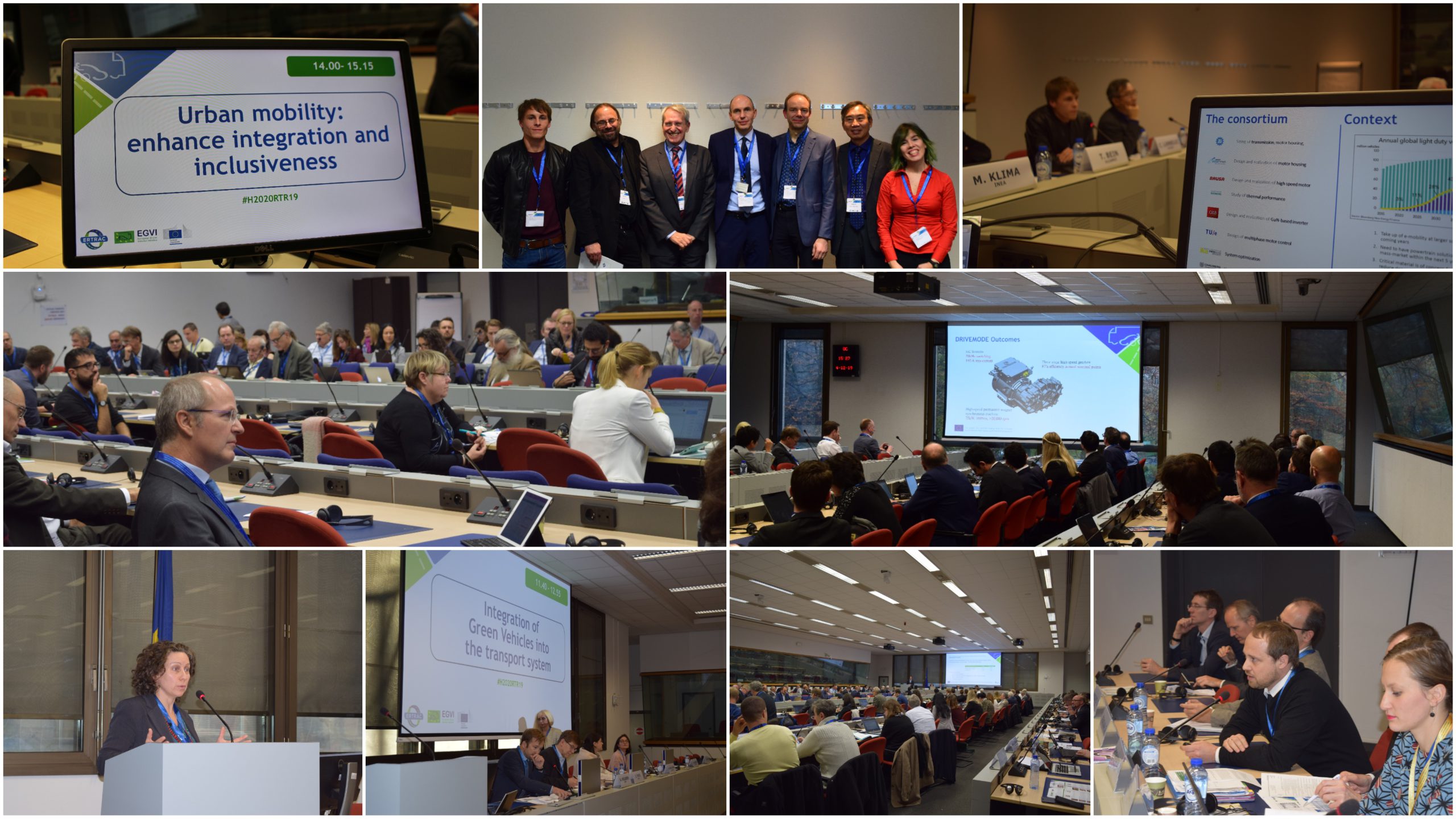 Mobility as a Service: an urban and rural opportunity to be embraced

People travel and mobility choices are influenced by individual preferences, behaviours and lifestyles and the necessary technologies for deploying Mobility as a Service scheme (MaaS) are well known. The bottlenecks are still very much linked to market maturity, standardisation, interoperability, and legal and administrative barriers. The public authorities have the means to overcome the bottlenecks through, for instance, public procurement, traffic regulation, urban planning. MaaS could also be useful for rural development as a niche market following on-demand transport.

Many success stories have been presented, but even more, work needs to be done! We will be back at the end of 2020 with a new H2020RTR conference to update you on achievements from even more EU-funded projects. But before that, we hope to see you all at TRA – Transport Research Arena – the biggest European transport conference, taking place 27-30 April 2020 in Helsinki!

You can download the #H2020RTR19 outcome report to provide a comprehensive overview of the rich content presented in each session during this two-days conference. 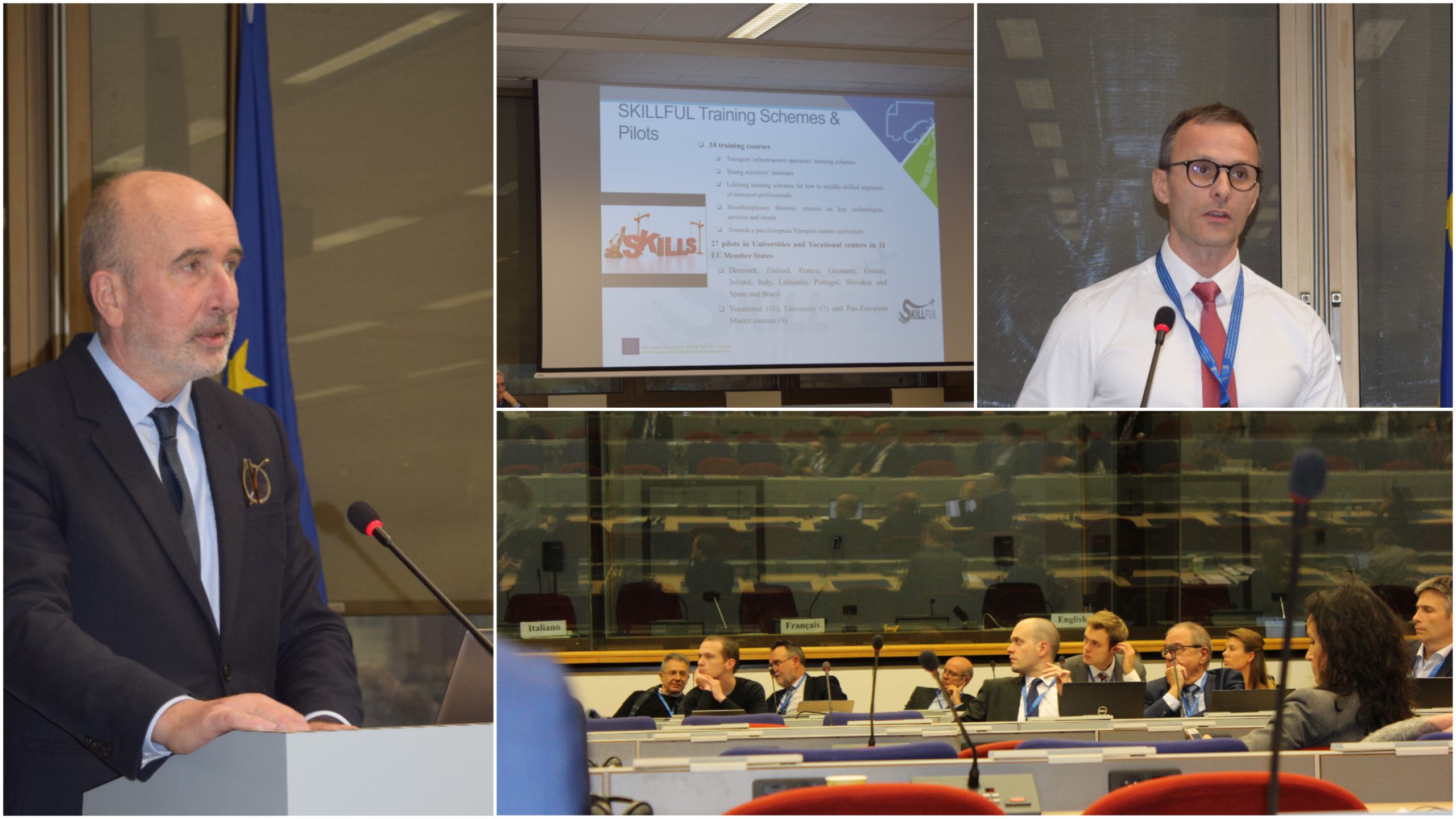